My love of Steven Universe knows no bounds, and so it is with great pride that I present fan poetry in anapestic tetrameter (with a cheeky iamb to start). This spoilerific homage/backstory to the show came from my love of the spectacular extended world that Rebecca Sugar and company have created. Sure, the lore is deep and mysterious, but this playful sci fi setting is a vehicle for messages of love, acceptance, bravery and equality, which makes it one of the most important tv shows of our time. My brother, Peter, liked the poem so much, that he fancied it up in a delightful poster for your enjoyment. I believe in Steven! 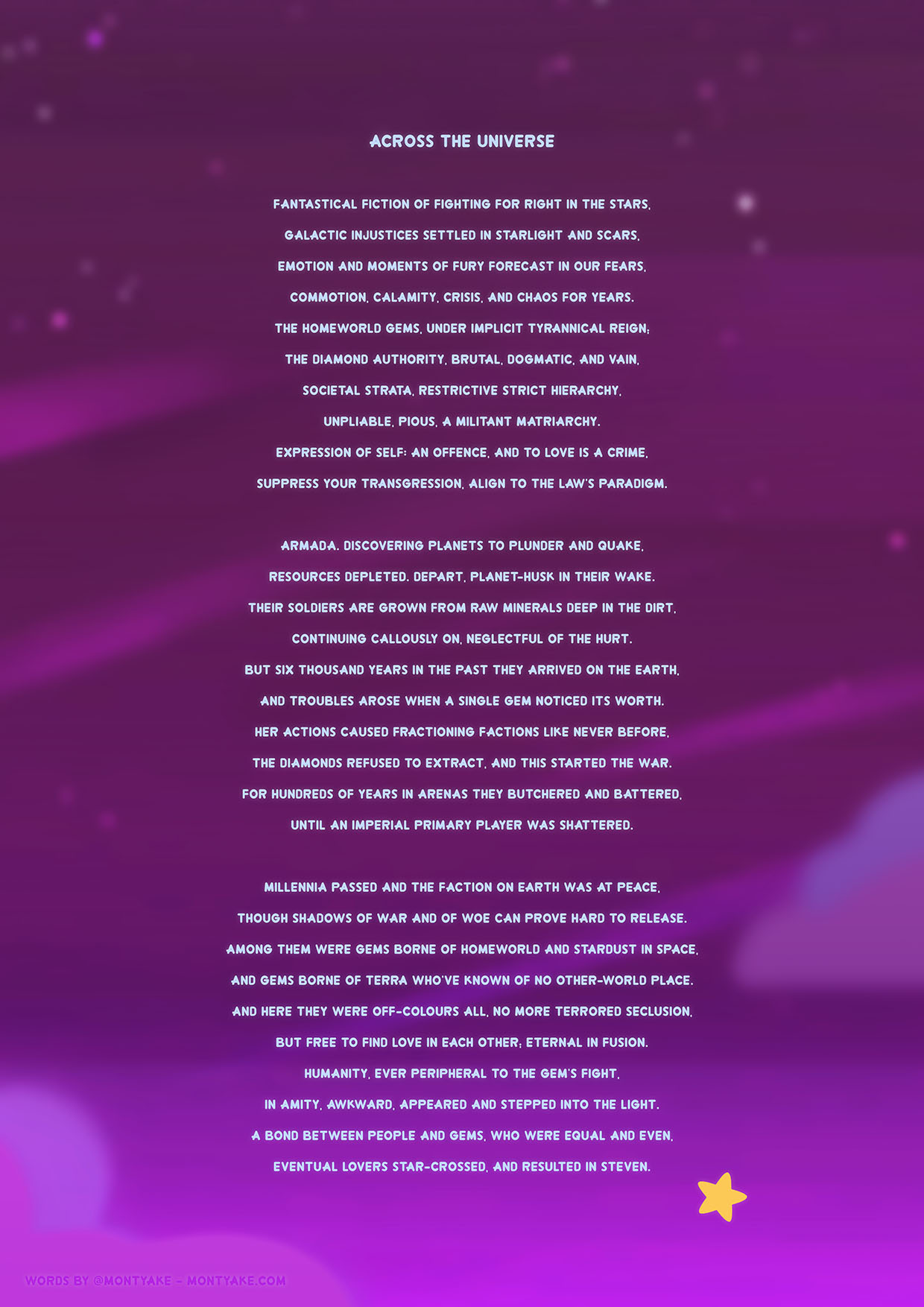 Fantastical fiction of fighting for right in the stars,

Emotion and moments of fury forecast in our fears,

Expression of self: an offence, and to love is a crime,

Suppress your transgression, align to the law’s paradigm.

Their soldiers are grown from raw minerals deep in the dirt,

Continuing callously on, neglectful of the hurt.

But six thousand years in the past they arrived on the earth,

And troubles arose when a single Gem noticed its worth.

The Diamonds refused to extract, and this started the war.

For hundreds of years in arenas they butchered and battered,

Until an imperial primary player was shattered.

Millennia passed and the faction on earth was at peace,

Though shadows of war and of woe can prove hard to release.

Among them were Gems borne of Homeworld and stardust in space,

And Gems borne of terra who’ve known of no other-world place.

And here they were off-colours all, no more terrored seclusion,

But free to find love in each other; eternal in fusion.

Humanity, ever peripheral to the Gem’s fight,

In amity, awkward, appeared and stepped into the light.

A bond between people and Gems, who were equal and even,