Creative writing prompt: A Twist on a Christmas Classic… 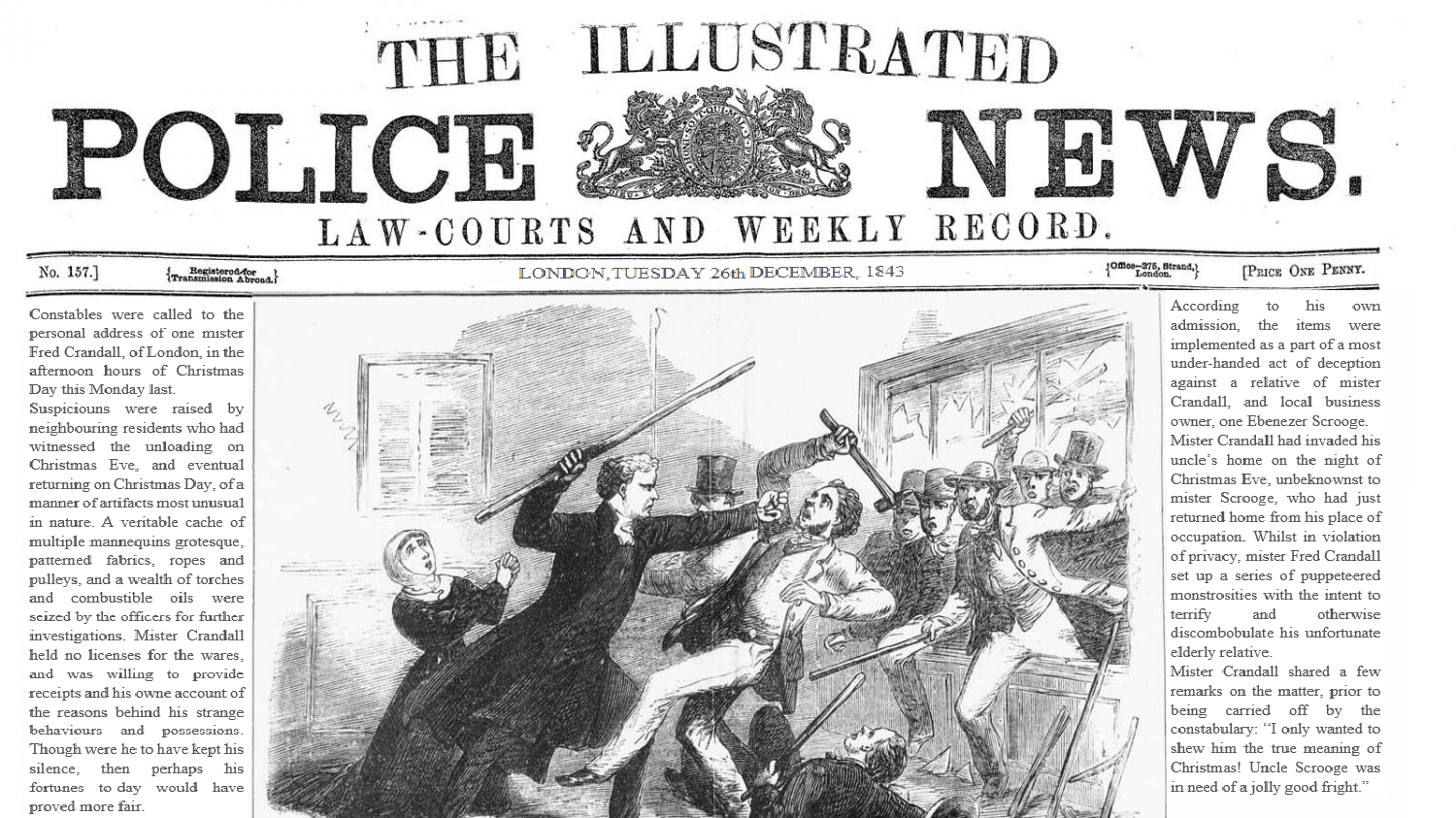 Constables were called to the personal address of one mister Fred Crandall, of London, in the afternoon hours of Christmas Day this Monday last.
Suspiciouns were raised by neighbouring residents who had witnessed the unloading on Christmas Eve, and eventual returning on Christmas Day, of a manner of artifacts most unusual in nature. A veritable cache of multiple mannequins grotesque, patterned fabrics, ropes and pulleys, and a wealth of torches and combustible oils were seized by the officers for further investigations. Mister Crandall held no licenses for the wares, and was willing to provide receipts and his owne account of the reasons behind his strange behaviours and possessions. Thought were he to have kept his silence, then perhaps his fortunes to day would have proved more fair.
According to his owne admission, the items were implemented as a part of a most under-handed act of deception against a relative of mister Crandall, and local business owner, one Ebenezer Scrooge.
Mister Crandall had invaded his uncle’s home on the night of Christmas Eve, unbeknownst to mister Scrooge, who had just returned home from his place of occupation. Whilst in violation of privacy, mister Fred Crandall set up a series of puppeteered monstrosities wit the intent to terrify and otherwise discombobulate his unfortunate elderly relative.
Mister Crandall shared a few remarks on the matter, prior to being carried off by the constabulary: “I only wanted to shew him the true meaning of Christmas! Uncle Scrooge was in need of a jolly good fright!”